If you or a loved one has experienced a DUI in Chicago or the surrounding areas, be sure to get proper legal representation. A DUI is no light matter and may result in numerous life-changing penalties that could hurt your reputation, your finances and more.

Not all DUI cases are the same. Connecting with a competent Chicago DUI attorney could make a significant difference depending on the circumstances of your particular case.

According to the Illinois Secretary of State website, Illinois alcohol-related crash fatalities have historically reached as high as 968. In more recent years that number has dropped, however, lives are still being lost due to drinking and driving. Regardless of who caused the fatality, lives will forever be changed at that moment.

That same resource at the Illinois Secretary of State website states that driving under the influence is defined as operating a motor vehicle while impaired by alcohol or other drugs. Limits are set to determine how much intoxication constitutes a DUI. Regardless of those limits, most people might recommend simply not operating a vehicle after the consumption of drugs or alcohol.

Dealing with a DUI in Chicago that isn’t related to a fatality is another subject of its own. If you’ve been pulled over and arrested for driving while intoxicated, make sure you get an attorney as soon as possible. 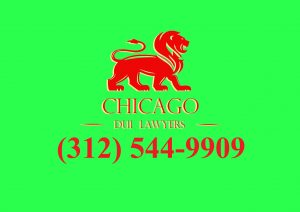 There are several penalties for a DUI that may occur depending on the circumstances of your situation. A first offense DUI may result in less severe penalties than a 3rd or 4th offense DUI.

Your DUI arrest may or may not result in certain penalties that other DUI arrests get. However, some of the penalties that are commonly feared by people may include months of imprisonment and having your driver’s license revoked. More serious penalties may include years of imprisonment depending on the specific circumstances. You should speak with your attorney about your situation to find out the severity of your DUI or aggravated DUI.

In some scenarios, a cheap Chicago DUI lawyer might be a good fit for you. However, the cost of your DUI attorney doesn’t necessarily ensure the quality of service. It’s never a bad idea to take a look at the reviews of your potential attorney for some insight from other peoples’ experiences.

A person might spend thousands of dollars or even hundreds of thousands of dollars due to their DUI situation. Although we can’t say what costs you’ll have to pay for damages or by penalty, a DUI attorney in Chicago might be able to find ways to reduce the costs or penalties you might incur. Be sure to speak with a competent lawyer about your situation so that you can get a better idea of what to expect in the legal process.

Get a skilled and expert attorney who is dedicated to the defense of DUI cases from first or second offenses to as far as felony drunk driving. Getting arrested for a DUI can be embarrassing, to say the least. It can also be devastating to people of certain professions whose reputation might be on the line. With the urgency at hand, it’s not the time to get a lecture from a Chicago DWI law firm. You’re experiencing a serious legal problem and it would be great to have a non-judgmental advocate who is going to give you advice regarding your case and how you might be able to beat it. Finding the top Chicago DUI lawyers who will do this for you is priceless to some. With hundreds of DUI cases passing through the courts of Chicago every year, it’s a good idea to have that level of competence and expertise on your side.

If you’ve been arrested in Cook County driving under the influence of alcohol or other substances, ask your attorney about your rights related to fighting DUI charges and the loss of your driver’s license. An experienced and knowledgeable DUI lawyer should be able to answer these questions for you and may be able to mitigate the effects of your charge. By really looking over the facts about your case, your legal defense may be able to significantly impact the results of your DUI arrest.

What do you do after being arrested for a DUI in Chicago?

The DUI process can be complex and you might have a lot of questions after being arrested for drunk driving in the Chicago area. Will I be going to jail? Will my driver’s license get revoked? How much will a DUI cost? Is it possible to beat a Chicago DUI? Do I need a lawyer for a DUI in Chicago? These are only a few of the many questions that may be running through your mind during this difficult process. Getting to know your rights through a competent lawyer may help you through the various complexities of the legal system in Cook County.

What you do after being arrested for a DUI in Chicago is up to you. Some people immediately seek out a local DUI lawyer to help them reduce penalties and fines, or to “lessen the blow”. Others may choose not to hire a lawyer. If a person goes into court without knowing much about the law, they might not see the same results as the person who goes to court with a competent attorney.

Get a Good DUI Lawyer

We’d like to encourage you to seek out the professional help of a competent Chicago DUI lawyer for your criminal case. If you’ve been arrested and/or jailed for driving under the influence of alcohol or drugs, please fill out our contact form or call the number on our website.

Arrested For a DUI?

Fill out the form below to get in contact with an attorney today!

DUI Attorneys On Your Side

Get Social With Us!

Chicago DUI Lawyers can be found all over the web. Check out some of our social media profiles!